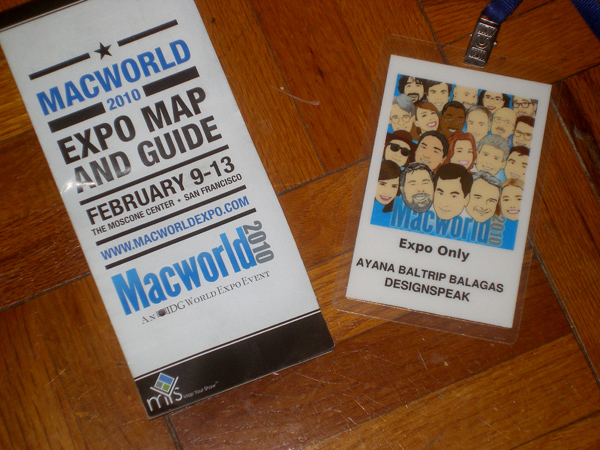 I made it to the second and third (final) days of Macworld 2010’s Expo here in San Francisco, and found myself feeling a bit melancholy upon seeing the sparseness of the crowd. I arrived just after 11:30 am, which meant I missed Guy Kawasaki’s talk, to my chagrin.

The complete expo was in the North Hall of the Moscone Center using maybe only a third the size of past Macworld Expos. Conferences were held in Moscone West. On Friday, (my first day), I walked the whole expo floor. Microsoft had the largest booth, though it was maybe a quarter size of what it had been at past expos. I gleaned no new information from one of the representatives when I inquired about a 2010 version of MS Office. The highlight at the booth was the “live” MS Office application icons.

I then visited the BusyCal booth which is a calendar that syncs with ICal, and seems to fix all the interface changes Apple had made to iCal with the launch of Leopard. Made me happy that I was still running Tiger on my Macs. Nice application though. They also make BusySync. I continued next to the booth of the OmniGroup-the folks who make Omnigraffle, OmniPlan and more idea and workflow tools. Nice wireframe templates, but still nothing new. I then walked the whole expo floor and saw nothing else that peeked my interest, except the earbud pouch that was a frivolous $4.00 purchase. I think I’m going to pass it on to the daughter of friends. 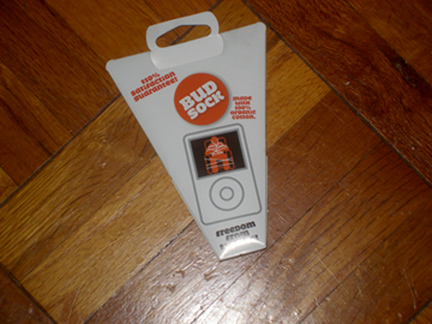 I did check out Macworld’s Best of Show presentation which featured two companies who develop for the iPhone. Not really my interest.

It was nice to run into my friend Lorca from SF State University who let me pick his brilliant brain more about my using Google Voice. Thank you Lorca. I also bumped into Ray Holbert, a City College of San Francisco faculty alum and friend, who was there with other CCSF colleagues. Also was glad to run into and catch up with Simon Udell and dear friend. I took his Architectural Rendering classes at CCSF a “few” years ago. That was nice.

I left the expo around 3:30 pm feeling I hadn’t really connected.

Today, Saturday, the 13th, I returned around 12:20 pm and had a great conversation with Lola, who was attending the User Conferences. She was having an excellent time at the conferences and felt that the expo being so small did not impact on her experience. This was encouraging. She reinforced my feeling that the conferences are perhaps the way to go if I attend next year. The early purchase of the User Conference was $175.00. That’s doable.

I arrived in the expo at 12:50 just in time to line up for the iPad panel that Macworld, successfully, in my opinion pulled together in three days. Great insight was shared by Macworld’s Jason Snell as MC, Dan Moren, Ted Landau, Ryan Block and Andy Ihnatko. I still feel the iPad isn’t top on my list of next purchases, but the panel did help me see more clearly its draw as a viable tool for many. Several on the panel felt that the education sector good get on board with the advent of allowing students to access textbooks via the iBook application.

Although I missed “The Russell Brown Show” featured today and always wonderfully staged by Adobe’s Creative Director, Russell Brown, Jr., I was glad to see he was here.

Saw Ray again today, along with another CCSF colleague, Jerry Lum and his wife. (CCSF was out in force, hmm.) We all seemed to share the same sentiments about Macworld Expo 2010–small, somewhat disappointing, wondering about next year.

Not only did the hard hit economy, have an impact on this year’s expo, but I feel that there is no longer the driving need for the next, best, great thing every year. There’s more of a sense of finding products that can be used over a greater period of time hence having greater value to the consumer.

Well, all-in-all, Macworld 2010 was a mixed bag for me, but I do feel I will check it out again next year, but this time I’ll add in a conference.

Would love to hear the thoughts and experiences from others who attended. Please post a comment.
Thanks and cheers.